Off The Waffle – Now Open in Portland! 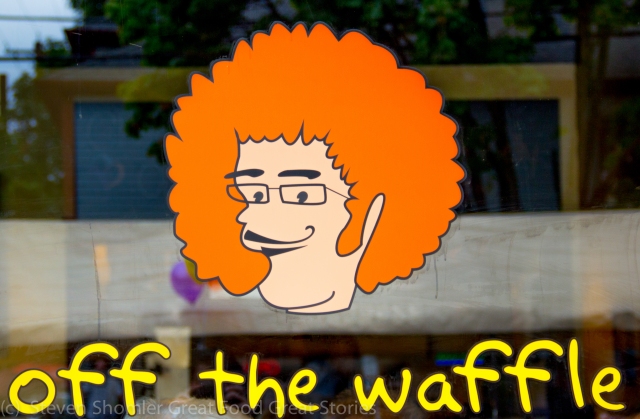 Off The Waffle – Now Open In Portland!

While Having a Cocktail At Lardo

For me one of the joys of heading out on culinary adventures is seeing how one adventure can lead to another!

Back on July 26th, 2014 I had a Food Cart event at Cartopia on 12th and Hawthorne. This event was promoted through Portland Radio Project (The station that my radio show – Tasty Tuesday appears on) and my Food Cart website – Portland Food Cart Adventures.

This event started at Lardo right across the street from Cartopia. We met there at 11:00 PM to have cocktails before heading over at Midnight to tuck into some amazing Food Cart cuisine. I have to say – I do love the cocktails at Lardo!

Here we are enjoying our cocktails and dirty fries and in walks three people wearing some bad ass T-shirts with a pretty distinctive logo on them.

My friend, Rick Gencarelli, the founder of Lardo, happens to be there and he brings over Dave, Omer and Vered and introduces them to me.

It turns out that they are the founders of a growing waffle empire that started in Eugene. They were in Portland handing out waffles because they were planning on opening a third Off The Waffle location on 26th and Clinton later in 2014.

They are great people with a wonderful story. I let them know that when they get their Portland location open, I will try to come on by.

Flash forward to October. On Saturday October 11th Ken Wilson and I are going to head to Eugene. I am going to interview Jamie Floyd, the founder of Ninkasi.  Ninkasi is going to be one of the breweries featured in my next culinary book – Portland Beer Stories: Behind The Scenes with The City’s Craft Brewers. Ninkasi will appear in the “road trip” section of Portland Beer Stories. This interview was scheduled back in early September.

Ken is not only the Ultimate Food Cart Wingman, he is also a Media Maestro and the plan was that while we are at Ninkasi, Ken is will  film Jamie and I, for one of the 6 episodes of the behind the scenes show we are making about the creation of Portland Beer Stories.

Since we are going to Eugene, we are planning on  having breakfast at – you guessed it — Off The Waffle! 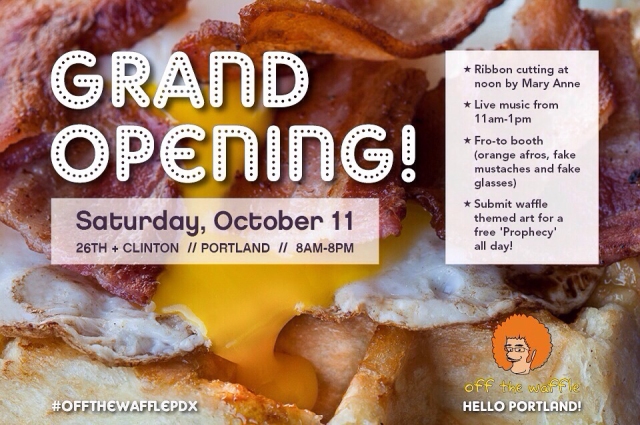 On Thursday Oct 9th, Ken and I discovered that Off The Waffle Portland is having their Grand Opening on that very same day – October 11th!

Heck – we can have have breakfast there and then head to Eugene! and that is exactly what we did! Here is what we found!

Off The Waffle Portland

Off the Waffle Portland is located at 2601 SE Clinton Street.

Trust me – you want to to go this restaurant!

Ken and I had three waffle dishes and a side of the braised pork belly. All of it was amazing!

Liege waffles are not your Grandma’s waffles. In America when most people think about making waffles they imagine pouring waffle batter onto a waffle iron or popping a frozen one into a toaster.

Liege waffles come from the city of Liege in Belgium and they are made with brioche pastry dough and pearl sugar. To make authentic Liege waffles you need a special waffle iron that weighs over 60 lbs.

My first encounter with Liege waffles came from the Gaufre Gourmet Food Cart.

Thanks to Charlene and Micheal,  I love Liege style waffles! You can read the Gaufre Gourmet Food Cart story in my first book – Portland Food Cart Stories.

The Off The Waffle Menu Options – Savory, Sweet, and In Between

The Menu at Off the Waffle gives you three waffle options – savory, sweet and in between.

Ken and I enjoyed a waffle from each category!

First up is the Goat in the Headlights. 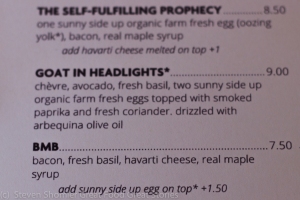 Goat in the Headlights – Savory

This is an amazing dish! The paprika and avocado play really well together. The olive oil is a well thought out finishing touch. Please remember each of the three dishes Ken and I devoured have a Liege style waffle supplying the foundation for scrumptious toppings. 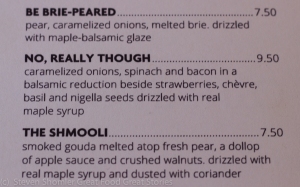 No, Really Though – In Between

The No, Really Though was my favorite of the waffle three dishes I had that day.

The strawberries, chèvre and balsamic reduction are a perfect trio and you think that there is no way to improve on this culinary combination.

Then you encounter the bacon, the basil and the maple syrup! Oh baby, who is your big dog waffle daddy! This dish is savory and sweet and salty all at once. 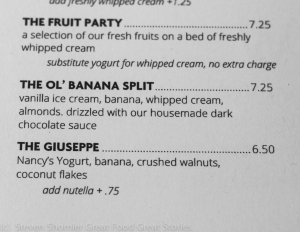 The funnest thing about this dish is the ice cream hiding underneath the mountain of whipped cream! Plenty of dark chocolate sauce to provide a lovely flavor contrast to the sweetness of the banana. The almonds bring a very nice texture and they so look pretty as they rest on the peaks of the whipped cream. 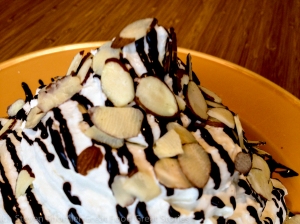 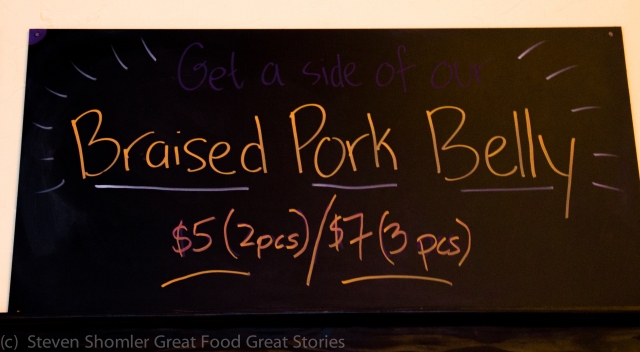 When you go to Off The Waffle make sure to order a side of the braised pork belly!

For those who don’t know, bacon is pork belly that have been salt cured. As glorious as bacon is, fresh pork belly is bacon squared.

Pork belly in the hand of someone who knows how to handle it will blow any every other bacon experience that you have ever had.

I absolutely loved the braised pork belly I had at Off The Waffle. Just order it and thank me later. 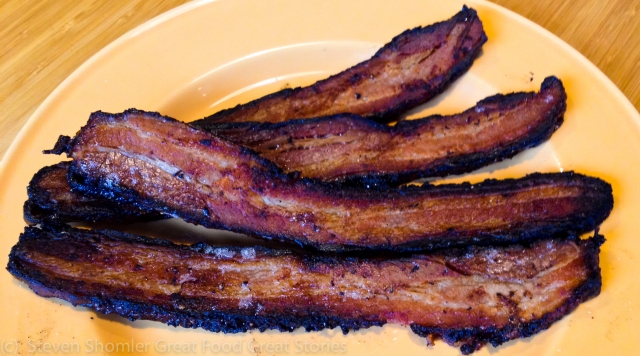 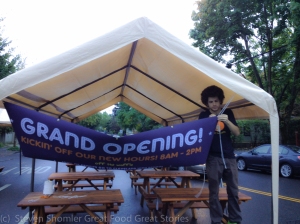 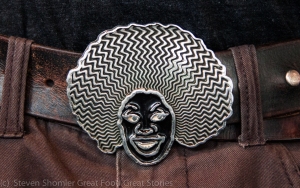 I am Steven Shomler I write about the great food and the great stories that I come across on my culinary adventures!